Chefs tips and tricks: Remember :You can try the same simply recipe with beef, ragù sauce, muffins, strawberry marmalade, vegetables. There are no limits to your fantasy! Take some great ideas down here. E bon appétit ! 🙂 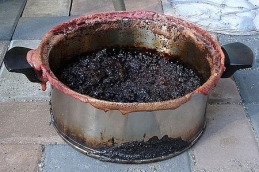 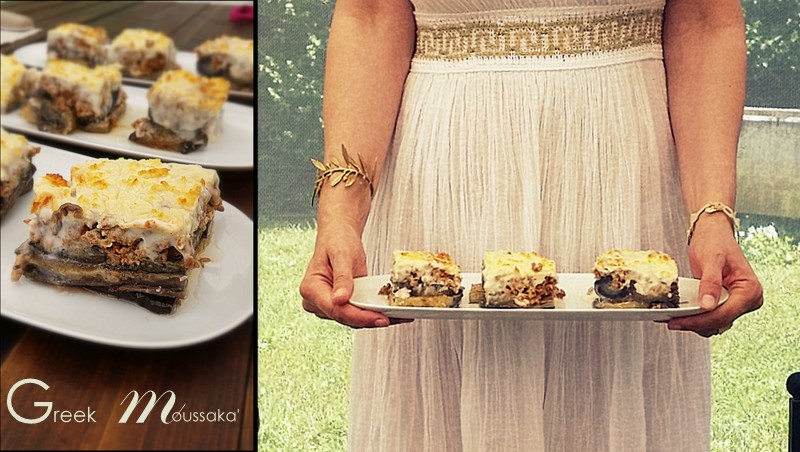 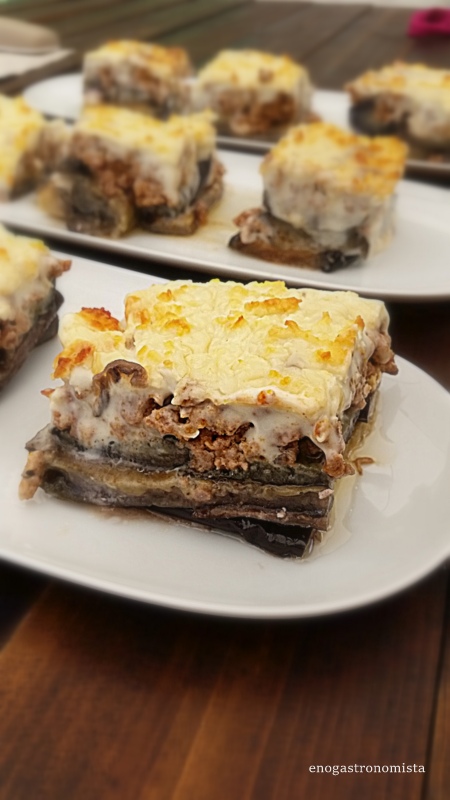 Moussaka is an eggplant– (aubergine) or potato-based dish, often including ground meat, in the cuisines of the countries of the former Ottoman Empire, with many local and regional variations.Most versions are based primarily on sautéed aubergine (eggplant) and tomato, usually with minced meat. The Greek version includes layers of meat and eggplant topped with a Béchamel (“white”) sauce, and baked.

1 Heat the olive oil in a large sauté pan over medium-high heat and brown the ground meat. By the way, the meat will brown best if you don’t stir it. Add the onions about halfway into the browning process. Sprinkle salt over the meat and onions.

2 Once the meat is browned and the onions have softened, add the garlic, allspice, cinnamon, black pepper, oregano and tomato paste. Mix well and cook for 2-3 minutes.

3 Add the red wine and mix well. Bring the sauce to a simmer, reduce the heat and continue to simmer gently, uncovered for 20 minutes. Turn off the heat. Taste for salt and add more if needed. Add the lemon zest and the lemon juice. Mix well and taste. If the sauce needs more acidity, add more lemon juice.

Set the sauce aside.

4 Mix the 1/2 cup salt with the 8 cups of water in a large pot or container. This will be the brine for the eggplants.

6 Let the eggplants sit in the brine 15-20 minutes, then remove them to a series of paper towels to dry. Place a paper towel down on the counter, layer some eggplant on it, then cover with another sheet of paper towel and repeat.

8 Heat milk in a pot on medium heat until steamy (about 160 degrees). Do not let simmer.

9 Heat the butter in a small pot over medium heat. When the butter has completely melted, slowly whisk in the flour. Let this roux simmer over medium-low heat for a few minutes. Do not let it get too dark.

10 Little by little, pour in the steamy milk, stirring constantly. It will set up and thicken dramatically at first, but keep adding milk and stirring, the sauce will loosen. Return the heat to medium. Add about a teaspoon of salt and the nutmeg. Stir well.

11 Put the egg yolks in a bowl and whisk to combine. Temper the eggs so they don’t scramble when you put them into the sauce. Using two hands, one with a whisk, the other with a ladle, slowly pour in a couple ladle’s worth of the hot béchamel into the eggs, whisking all the time. Slowly pour the egg mixture back into the béchamel while whisking the mixture. Keep the sauce on very low heat, do not let simmer or boil.

12 Preheat the oven to 350°F. Layer a casserole with the eggplant slices (use just half of the slices).

Let the moussaka cool for at least 15 minutes before serving. 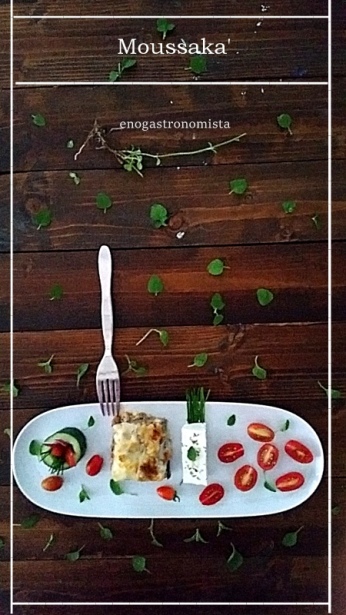 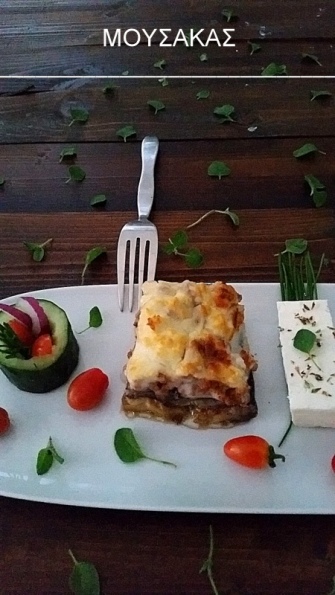