Lagana (Λαγάνα) is an ancient Greek flatbread traditionally baked for Clean Monday (Καθαρα’ Δευτερα) –  the first day of the Great Lent. (Clean Monday actually refers to the abstention from sinful attitudes and non-fasting food ). Traditionally, it was prepared unleavened (without the yeast),  like those mentioned in the Old Testament, but leavened lagana is nowadays more common. It is typically flat, oval-shaped, with surface decorated by impressing fingertips.

Sesame seeds are a common topping, and it may also be topped with other herbs, and seasoned with olive oil.  Linguistically, the word lagana comes from the Greek word “ laganon” (in ancient Greek: λάγανον),  which is also the origin of the Italian word lasagna.

Lagana is never cut with a knife but rather broken apart, because iron, the stuff of knife-making long ago, was believed to contain the powers of evil. 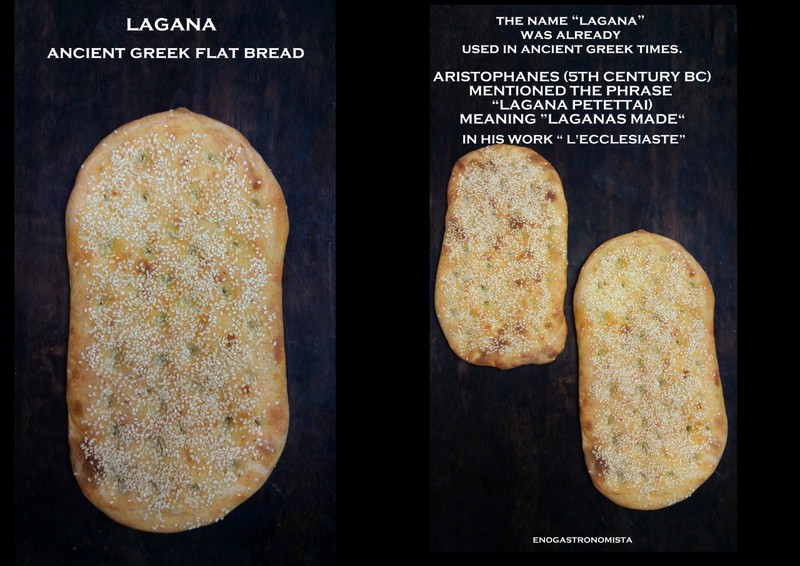 This entry was posted on 11 March 2019 by enogastronomista. It was filed under Bread, Senza categoria and was tagged with ancient greek bread, ancient greek recipes, Λαγανα.